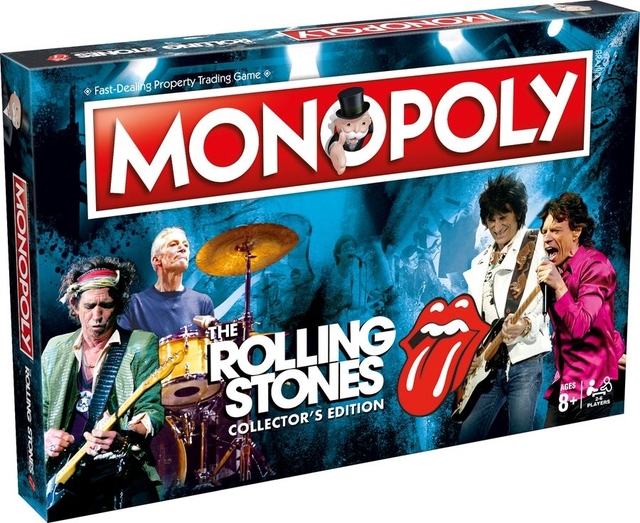 Made by Winning Moves
he world's longest running rock'n roll band teams up with the world's most popular board game to bring you the ultimate experience in The Rolling Stones Monopoly.

The Rolling Stones Collector's Edition of Monopoly celebrates some of the greatest rock'n roll music of the 20th century and beyond.