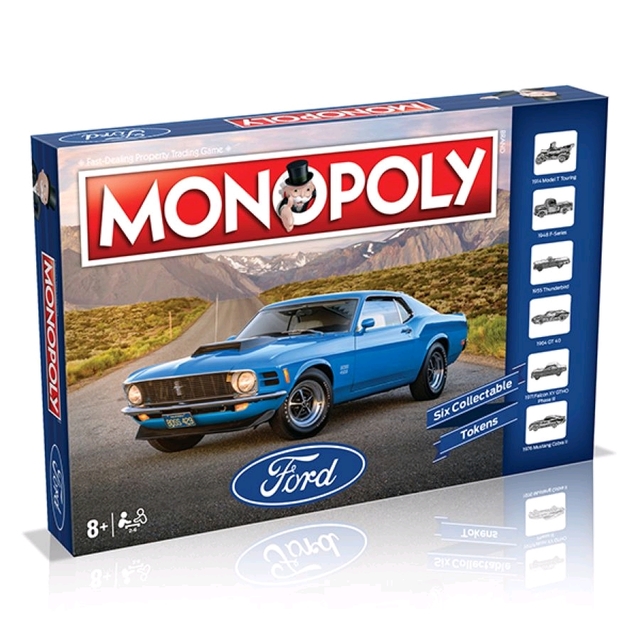 Start your engines and put the pedal to the metal in Ford Monopoly!

Ford, the revolutionary brand that shaped the modern automotive world and introduced driving to the average man, started in a humble workshop in Detroit, USA, in 1896 and went on to become a global entity.
Many timeless vehicles are synonymous with the name Ford, including greats such as the Model T, Lincoln, Torino, Thunderbird, GT and the iconic Mustang, which debuted in 1964 and is still an object of desire for automotive fans today.
So put the pedal to the metal and trade your way to success by owning these classic Ford vehicles and more in this special Ford edition of Monopoly.
Includes 6 exclusive tokens: 1914 Model T Touring, 1948 F-Series, 1955 Thunderbird, 1964 GT 40, 1971 Falcon XY GTHO Phase III and 1976 Mustang Cobra II.
Price:
NZ$ 79.99 including GST