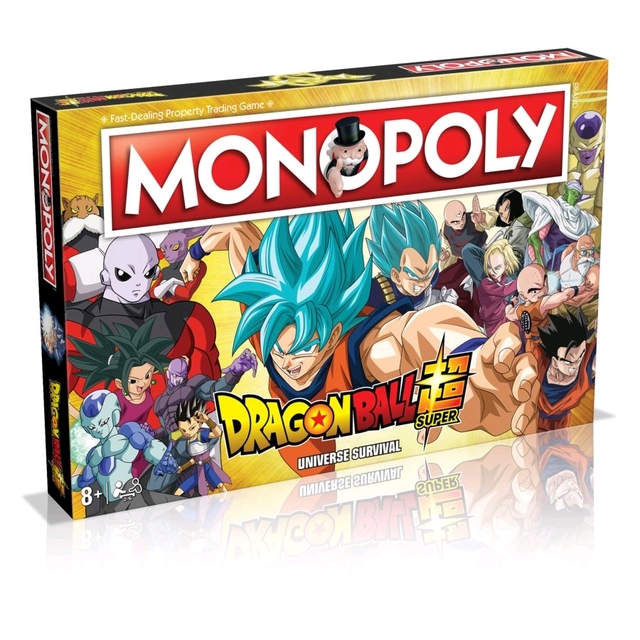 The Tournament of Power begins, with survival on the line, in Dragon Ball Super Monopoly!

With Majin Buu vanquished and Earth returned to peace, Goku and his friends lived out normal lives. However, a deadly threat emerged in the form of Beerus.
A fierce battle ensued and concluded with Beerus revealing that there are a total of 12 universes.
Zen-Oh, one of two kings of the 12 universes, declared that 12 universes was "too many" and so it came to pass that the Tournament of Power would be held.
Can Goku and his friends survive?
In this special Dragon Ball Super edition of Monopoly, you have the chance to own characters from the anime, including Goku, Piccolo, Gohan, Vegeta, Jiren, the Great Priest, Zen-Oh, and many more.
Price:
NZ$ 79.99 including GST